Asexual representation in media has a long way to go, so I thought I would use this Ace Week post to showcase some books that feature asexual characters, plots, and themes (since this is also a book blog, after all). As a Young Adult writer and fan, I am pleased to say that most of these books are also YA! (Looks like the rest of the book trade has some catching up to do tbh)

Note: I have included links to purchase these books online, and have tried to avoid Amazon where possible. But, while I love Wordery and it’s my favourite online bookseller, if there is an independent bookshop near you, or a library with these books in circulation (and you can request them if they’re not!), I would much rather you support them!

After a shout-out from one of the Internet’s superstar vloggers, Natasha “Tash” Zelenka finds herself and her obscure, amateur web series, Unhappy Families, thrust into the limelight: She’s gone viral.

Her show is a modern adaptation of Anna Karenina—written by Tash’s literary love Count Lev Nikolayevich “Leo” Tolstoy. Tash is a fan of the forty thousand new subscribers, their gushing tweets, and flashy Tumblr GIFs. Not so much the pressure to deliver the best web series ever.

And when Unhappy Families is nominated for a Golden Tuba award, Tash’s cyber-flirtation with Thom Causer, a fellow award nominee, suddenly has the potential to become something IRL—if she can figure out how to tell said crush that she’s romantic asexual.

Tash wants to enjoy her newfound fame, but will she lose her friends in her rise to the top? What would Tolstoy do? 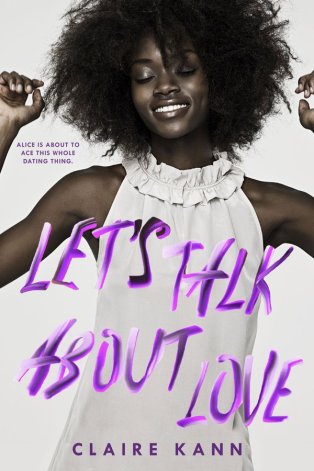 Alice had her whole summer planned. Non-stop all-you-can-eat buffets while marathoning her favorite TV shows (best friends totally included) with the smallest dash of adulting — working at the library to pay her share of the rent. The only thing missing from her perfect plan? Her girlfriend (who ended things when Alice confessed she’s asexual). Alice is done with dating — no thank you, do not pass go, stick a fork in her, done.

But then Alice meets Takumi and she can’t stop thinking about him or the rom com-grade romance feels she did not ask for (uncertainty, butterflies, and swoons, oh my!).

When her blissful summer takes an unexpected turn, and Takumi becomes her knight with a shiny library employee badge (close enough), Alice has to decide if she’s willing to risk their friendship for a love that might not be reciprocated — or understood.

Goddess of the Hunt by Shelby Eileen 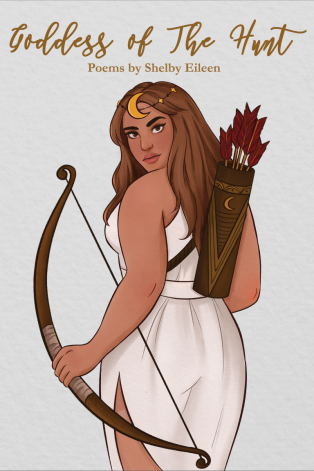 I reviewed this book earlier in the year, so you can see my thoughts on it here. (Spoiler alert: it’s brilliant!)

A poetry collection about the mythic life of Artemis, Greek Goddess of the hunt. Told through the perspective of Artemis herself with the contributions of a few other Greek Goddesses. This collection reimagines and follows Artemis navigating her lifelong vow of chastity and, rather than suffering through it, owning it as a facet of her aromanticism and asexuality. Immerse yourself in a cultivated tempest of poems illustrating Artemis as a warrior, whose shoulders have known an excessive weight of responsibility, and who always fights to remain her authentic self among people who would change her.

Buy this book on Amazon

What if everything you set yourself up to be was wrong?

Frances has always been a study machine with one goal, elite university. Nothing will stand in her way; not friends, not a guilty secret – not even the person she is on the inside.

But when Frances meets Aled, the shy genius behind her favourite podcast, she discovers a new freedom. He unlocks the door to Real Frances and for the first time she experiences true friendship, unafraid to be herself. Then the podcast goes viral and the fragile trust between them is broken.

Caught between who she was and who she longs to be, Frances’ dreams come crashing down. Suffocating with guilt, she knows that she has to confront her past… She has to confess why Carys disappeared… Meanwhile at uni, Aled is alone, fighting even darker secrets.

It’s only by facing up to your fears that you can overcome them. And it’s only by being your true self that you can find happiness. Frances is going to need every bit of courage she has.

Radio Silence is a YA coming of age read that tackles issues of identity, the pressure to succeed, diversity and freedom to choose, a tour de force by the most exciting writer of her generation.

Who are the Sawkill Girls?

Marion: the new girl. Awkward and plain, steady and dependable. Weighed down by tragedy and hungry for love she’s sure she’ll never find.

Zoey: the pariah. Luckless and lonely, hurting but hiding it. Aching with grief and dreaming of vanished girls. Maybe she’s broken — or maybe everyone else is.

Val: the queen bee. Gorgeous and privileged, ruthless and regal. Words like silk and eyes like knives, a heart made of secrets and a mouth full of lies.

Their stories come together on the island of Sawkill Rock, where gleaming horses graze in rolling pastures and cold waves crash against black cliffs. Where kids whisper the legend of an insidious monster at parties and around campfires.

Where girls have been disappearing for decades, stolen away by a ravenous evil no one has dared to fight… until now. 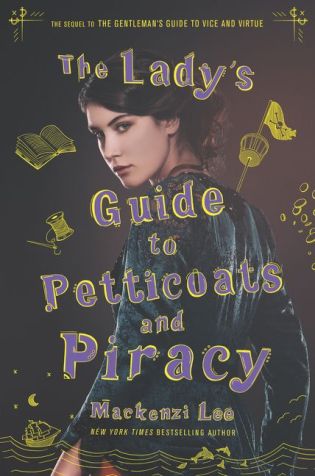 A year after an accidentally whirlwind grand tour with her brother Monty, Felicity Montague has returned to England with two goals in mind—avoid the marriage proposal of a love-struck suitor from Edinburgh and enrol in medical school. However, her intellect and passion will never be enough in the eyes of the administrators, who see men as the sole guardians of science.

But then a window of opportunity opens—a doctor she idolises is marrying an old friend of hers in Germany. Felicity believes if she could meet this man he could change her future, but she has no money of her own to make the trip. Luckily, a mysterious young woman is willing to pay Felicity’s way, so long as she’s allowed to travel with Felicity disguised as her maid.

In spite of her suspicions, Felicity agrees, but once the girl’s true motives are revealed, Felicity becomes part of a perilous quest that leads them from the German countryside to the promenades of Zurich to secrets lurking beneath the Atlantic.

Before I Let Go by Marieke Nijkamp

Best friends Corey and Kyra were inseparable in their snow-covered town of Lost Creek, Alaska. When Corey moves away, she makes Kyra promise to stay strong during the long, dark winter, and wait for her return.

Just days before Corey is to return home to visit, Kyra dies. Corey is devastated ― and confused. The entire Lost community speaks in hushed tones about the town’s lost daughter, saying her death was meant to be. And they push Corey away like she’s a stranger.

Corey knows something is wrong. With every hour, her suspicion grows. Lost is keeping secrets ― chilling secrets. But piecing together the truth about what happened to her best friend may prove as difficult as lighting the sky in an Alaskan winter…

Rumi Seto spends a lot of time worrying she doesn’t have the answers to everything. What to eat, where to go, whom to love. But there is one thing she is absolutely sure of — she wants to spend the rest of her life writing music with her younger sister, Lea.

Then Lea dies in a car accident, and her mother sends her away to live with her aunt in Hawaii while she deals with her own grief. Now thousands of miles from home, Rumi struggles to navigate the loss of her sister, being abandoned by her mother, and the absence of music in her life. With the help of the “boys next door” — a teenage surfer named Kai, who smiles too much and doesn’t take anything seriously, and an eighty-year-old named George Watanabe, who succumbed to his own grief years ago — Rumi attempts to find her way back to her music, to write the song she and Lea never had the chance to finish.

Women Are Some Kind of Magic series by Amanda Lovelace

A seriously special mention to Amanda Lovelace and these beautiful collections of poetry, because of the information revealed in the tweet below!

fun fact: my books create most of the asexual pride flag, and it’s 100% on purpose~ 🥰

If you have a favourite ace book or character that wasn’t mentioned here, drop it in the comments below!

One thought on “AAW: Asexual Books”